Minaičiai village, in Radviliškis district is one of the most important pages of Lithuania‘s history. Declaration of February 16, 1949 was signed by Leadership of Lithuanian Freedom Fighters.

In 2010 to honor the Declaration and its signatories a monument was unveiled in the Mikniai family farmstead. In 2012 the barn and the bunker were restored to house an exposition. 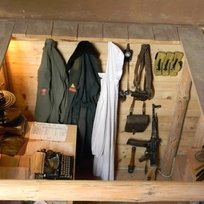 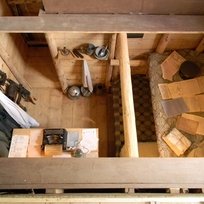