A serpantine hill is formed in Radviliškis Leisure and Entertainment Park, near the Latvian Culture Center. Everyone, going along the way to the top, is invited to stop at seven stops, where important dates of Radviliskis, its history and development are carved on cast-iron plates on the stones. Travelling along this path one can get to know when Radviliškis, the parish school and the church were mentioned in written sources for the first time, when people died of hunger and plaque, when it began to grow again, when there was a historic battle with Bermondtists, when the city rights were granted and the coat of arms was created.

The sculptural composition "The City's Yearbook" was given as a present by Stasys Žirgulis, honorary citizen of Radviliškis, to his native town. It is on the very top of the hill. The composition consisting of four pillars with the coat of arms of Radviliškis in the middle is dedicated to the 450th anniversary of the town.

Creatively revealed the past of the town, cozy environment, comfortable benches, all of which turned the hill of Serpentine into a place of attraction to Radviliškis people and their guests, a place to relax. 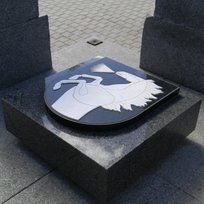 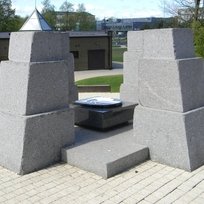 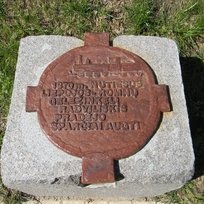 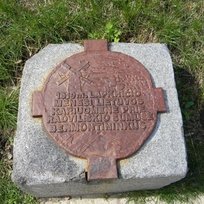